After triple homicide, officials and neighbors grapple with a failure to curb violence Authorities are looking for this black, four-door Honda Accord in connection with a shooting Saturday in the 600 block of Longfellow Street NW. (D.C. police)

The shooting that killed three people and wounded three more on Saturday in Northwest Washington frustrated city leaders who have expressed outrage all year at the continuing violence but have made little progress curbing the District’s escalating homicide count.

“We’ve been talking about gun violence for a long time,” Police Chief Robert J. Contee III told reporters at the scene of the triple killing on Longfellow Street.

“We know this issue is not unique to Washington, D.C.,” said the chief, in what has become a grim ritual alongside yellow crime scene tape and television cameras. He added: “I think it speaks to the overall sickness that we’re seeing in our community.”

Shooters this year killed a 6-year-old girl  in Congress Heights, sent diners scattering along a string of restaurants on 14th Street  and canceled a Nationals  baseball game. On Saturday, a few deadly bursts of gunfire at an address in the 600 block of Longfellow claimed the District’s 142nd, 143rd and 144th homicide victims of the year.

“Donnetta worked tirelessly serving our patients and the community. We send our heartfelt condolences to Donnetta’s family and friends,” the statement said.

Efforts to reach their relatives Sunday were unsuccessful. Authorities said three other people suffered injuries not thought to be life-threatening.

Homicides are up 15 percent in the District compared to this time in 2020, which ended with a 16-year high. Police attributed many of the killings to disputes involving rival street crews, and said that scenario is being investigated in Saturday’s attack.

Police have not made any arrests and said they are trying to determine a motive. The shooting occurred about 7:30 p.m. one block north of Kennedy Street, the main thoroughfare cutting through Brightwood Park, a gentrifying community east of Rock Creek Park struggling with historic beefs between rival street crews and tensions between some residents and police.

Thousands of bullets have been fired in this D.C. neighborhood, where fear is a part of life

Contee said at least one assailant got out of a black Honda Accord and fired into a group of people. The chief said detectives are trying to determine whether anyone on Longfellow returned fire.

Police said they found a 9mm Glock “ghost gun” at the scene and are trying to determine whether it had been used in the shooting. Ghost guns are untraceable firearms built from a home kit and bypass background checks and other regulations. Their numbers are increasing in the District , where the number seized by police jumped from three in 2017 to 306 last year.

The day after Saturday’s shooting, residents on Longfellow described a mix of deep sadness and frustration at the lives lost and the marring of their neighborhood.

One neighbor vacuumed up shattered glass at his doorway after police forensic specialists finished gathering evidence nearby, leaving behind chalk circles on the sidewalk. A fire crew was called in to hose down the crime scene.

It’s a place full of friendly greetings, dog walkers and well-tended gardens. A child’s scooter and Big Wheel were parked on a porch near some redeveloped condominiums. Across the street was a “No Loitering” sign and an upside-down couch with a beer bottle on top.

For some, the deaths raised difficult questions about how the District, and the rest of the country, should best seek to deter a tragic and senseless proliferation of violence.

“It’s not that there have never been incidents, but to see a headline like ‘Mass shooting,’ it’s really terrible,” said Nai Moore, an educator who lives on Longfellow. “This neighborhood has always felt like a safe place generally — and a family place.”

Moore described the call she received years ago giving her the crushing news that her cousin had been killed by gunfire outside the District, a crime she said has not led to an arrest. “He was the same age as the victims,” Moore said, tearing up as she walked her dog across from where Saturday evening’s shooting occurred.

“I’m feeling for these families,” Moore said. “There are at least three families who are never going to be the same.”

Moore said she felt squeezed between two competing needs — a hunger to keep her family safe on the block, and an urgent sense that more must be done to address the causes of gun violence.

Monica Green, who lives on Longfellow and is a former member of the local Advisory Neighborhood Commission, said the killings show how much safety has deteriorated. She is impatient with the government’s response to soaring violence. She supported a recent job fair in the neighborhood, but that is not enough, Green said.

“There’s that small element who, in my opinion, just don’t want to change. We’ve continued to throw resources at people, but at some point you have to say, ‘That’s not working,’ ” she said. “Some of these dudes need to go to jail.”

Most of the people causing problems are coming in from other neighborhoods, Green said.

“You have to deal with education and social services. We need to talk about mental health issues,” as well as alcohol and drugs, she added. “If we’re going to get really serious about it, it’s going to take decades to turn things around. But what are you going to do right now when people are coming to the block killing people? You have to have short-term and long- term solutions.”

Violent crime is up about 23 percent in Brightwood Park this year, driven by increases in robberies and assaults with dangerous weapons, according to police crime statistics. Before Saturday, Brightwood Park had one homicide this year, compared to three in 2020.

Tensions in the neighborhood  erupted in October when Karon Hylton, trying to escape police on a moped for a minor traffic violation, sped out of an alley and was fatally struck by a van. Demonstrators clashed with police, complaining of harassment, while other residents said gun violence had spiraled out of control and called for more police to help.

A similar debate is occurring throughout the District as lawmakers, activists and residents confront competing demands  for more police to aggressively target crime and others push for fewer police and a greater emphasis on intervention programs that emphasize a public health approach toward crime.

Contee has pledged to be aggressive in targeting guns and violent crime while also pushing for other agencies and officials in the judicial system, such as judges and prosecutors, to be held accountable for crime.

Mayor Muriel E. Bowser (D) has launched a program called Building Blocks DC , which pours resources into the 151 blocks where nearly 40 percent of the District’s shootings occur. But community leaders said Kennedy Street — one block south of Longfellow and where one of the area’s main crews, the Kennedy Street Crew, is based — had too few shootings to qualify.

After the death of 6-year-old Nyiah Courtney in July, Contee, working with 200 fewer officers than last year, called it a “pivotal moment” in deciding how the District would fight crime. Bowser proposed spending $11 million to hire more officers, putting her in an unusual alliance with the police union, which says the D.C. Council’s cuts and police restructuring have handcuffed the force. She said some residents “do not feel safe while the threat of gun violence looms.”

Council looking to alternatives to police to help fight crime

But the council scaled back Bowser’s proposal , allowing her to hire 40 recruits in fiscal 2022 rather than the 150 she sought, and investing more money in alternative justice programs. Lawmakers said they were unconvinced that adding police is the solution.

On Sunday, Council member Charles Allen (D-Ward 6) said the District needs to take a more comprehensive approach. He helped orchestrate a compromise to scale back the mayor’s proposal for the number of police recruit hires, which was included in the final budget he supported.

“We have to demand accountability for the people that just took three lives, who committed a lot of trauma and a lot of harm,” said Allen, who chairs the police oversight committee. “What is causing an individual to have no other options, no other hope, no other way to resolve a dispute without turning to violence?”

Allen said “the city is traumatized by gun violence” and “police are a very important part” of resolving the crisis. But he said “every city agency, every part of our community, the whole city across the board needs to feel the urgency and come together.”

Council member Janeese Lewis George (D-Ward 4), whose ward includes Brightwood Park, said she has worked along the Kennedy Street corridor to identify people in distress and get them help. But she said the District needs to do more, adding: “I don’t think we have a strategy right now.”

She said violence interrupters, who try to keep disputes from turning deadly, are working in Brightwood Park. And she is pushing other agencies to get involved, such as the D.C. Department of Public Works to remove abandoned vehicles used to hide guns and drugs, and housing inspectors to address abandoned homes. She said officials recently uncovered a tunnel dug between two vacant rowhouses in Brightwood Park used to store firearms.

Conor Savoy, who heard up to 15 gunshots just after he put his two children to bed, said the sounds are all too common.

“I wish I could say it feels out of the ordinary,” said Savoy, who has lived in Brightwood Park for six years. “But it feels like it happens a lot more frequently.” 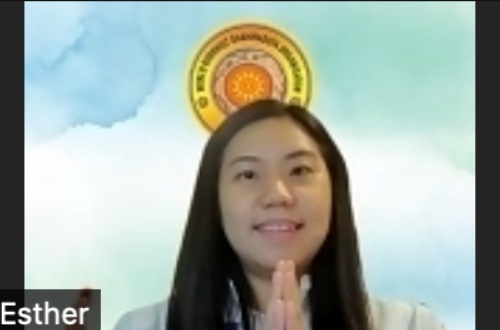